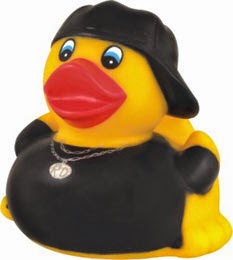 Barbara Liskov introduced her substitution principle back in 1987 during her keynote titled Data Abstraction and Heirarchy. Today, it is one of the five SOLID principles in object-oriented programming. The original definition is as follows:

“Let q(x) be a property provable about objects x of type T. Then q(y) is provable for objects y of type S, where S is a subtype of T.”

“Instances of any type should be replaceable by instances of its subtypes without creating incorrect behaviors.”

How can we ensure that our classes abide by the Liskov Substitution Principle? For starters, we must ensure that any subtype implements the interface of its base type. In the world of dynamic languages, this is better stated as a subtype must respond to the same set of methods as its base type.

We must also ensure that methods in any subtype preserve the original promises of methods in its base type. What “promises” are we talking about? For that, we turn to another design principle known as Design by Contract.

The concept of Design by Contract was coined by Bertrand Meyer in his book Object Oriented Software Construction. It’s official description is much more detailed, but to paraphrase, there are three basic principles:

If any of the above are violated, chances are the Liskov Substitution Principle is also violated.

Let’s look at a simple example. We’re going to model several types of birds. We’ll start by defining a base type called Bird:

Instances of Bird are very simple. They eat only certain types of food, lay eggs, and can go from sitting on the ground to flying in the air. For now, ignore the fact that our Bird cannot go back on the ground. Here’s a small program that uses our Bird:

Remember, any subtypes from Bird should be able to work in our program above. Now, let’s create some subtypes of Bird and see how we can apply the Liskov Substitution Principle.

The subtype must implement the base type’s interface.

In most programming languages, we can achieve this through basic inheritance. Since we already have a base class defined, we’ll take this approach. However, there are many ways to achieve this across many languages. In Ruby, we can use modules to share methods (see duck-typing). In Java, we can implement interfaces.

The subtype should not strengthen preconditions of the base type.

Let’s say our Pigeons can only eat bread. We will override the eat method to achieve this:

Since we’ve actually made the preconditions to our method stricter than in the Bird class, we’ve violated the Liskov Substitution Principle! In doing so, we’ve broken our existing program!

Instead, let’s say that Pigeons can eat bread in addition to seeds and worms. Then, we’ve weakened the preconditions and are well within our rule:

And our program works with our subclass!

The subtype should not weaken postconditions of the base type.

Let’s say our Pigeon is some kind of mutant and doesn’t actually lay eggs. We’ll call it a MutantPigeon. Instead, no egg comes out at all:

We’ve broken our program yet again! Since we’ve actually made the postconditions in our method less restrictive than in the Bird class, we’ve violated the Liskov Substitution Principle.

Instead, let’s say that MutantPigeons actually return a more specific type of Egg. We’ll call it MutantPigeonEgg, and it behaves just like Egg with a hatch! method. Then, we’ve strengthened the postconditions and are well within our rule:

And our program is happy again!

The subtype should preserve invariants of the base type.

Let’s model a different bird this time. What about Penguins? As many people know, most penguins in the real world don’t actually fly. So, we’ll override the fly method with a no-op:

Looks like another break in our program! By doing nothing in our new fly method, we’ve broken the guarantee that the state of our @flying variable would be true. Again, we’ve violated the Liskov Substitution Principle.

Now, this introduces an interesting problem. Penguins cannot just be made to fly, right?!

Sure, penguins are birds in the real world, but Penguins are not Birds in our system because they do not behave like Birds. They don’t have a properly functioning fly method.

Liskov Substitution and the Open/Closed Principle

Consider the examples above. Suppose we actually violated the Liskov Substitution Principle by creating our Pigeon class with a more restrictive eat method? Our existing program would have to be modified to handle our new class:

As with all programming principles, it’s important to find a balance when applying the Liskov Substitution Principle in real-world scenarios. There is some debate over the benefits or detriments of the principle. Always keep it simple first, then refactor as needed.