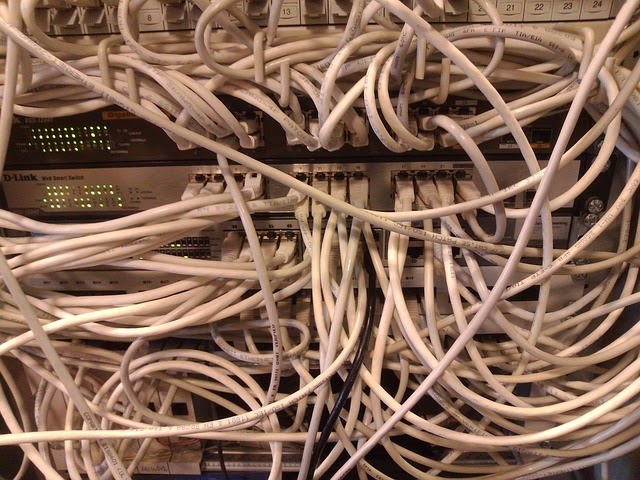 The Interface Segregation Principle is probably the most straight-forward of all the SOLID principles. It states:

“Clients should not be forced to depend on methods that they do not use.”

In dynamic languages, this isn’t really much of an issue because there is no way to define and force the implementation of interfaces on classes (like in Java). Instead, a set of methods determines whether or not an object implements an interface. If an object responds to “a particular set of methods”, it has implemented that “particular interface”.

In Ruby, modules can be used to define and share sets of methods across multiple classes. Using this construct, we can define different “interfaces”. So, when we say “keep our interfaces segregated”, we’re really saying “keep our modules segregated”. This leads to highly cohesive modules.

There are two main benefits to cohesive modules in Ruby: less coupling and more readable code.

By keeping our modules small and focused, we are simply applying the Single Responsibility Principle, but for modules. For example, let’s create a module called Phone:

Here, we have a set of common behaviors for phones. We can make use of this by including them in our class. Let’s create a CellPhone:

Now, our CellPhone class implements the methods in Phone! Any instance of CellPhone can call, hangup, and text other numbers.

Since we are overriding one of the methods in our module, it’s a sign our module isn’t cohesive enough. Our RotaryPhone is being littered with methods it does’t need!

Another issue worth noting is the tight coupling between our two classes caused by sharing the same, non-cohesive module. Suppose we don’t override the text method in RotaryPhone:

Any errors caused by text in our Phone module would end up in both classes, even though RotaryPhone doesn’t care about text! This tight coupling between CellPhone and RotaryPhone is unnecessary.

Now, each of our classes implement only the modules they require:

The behaviors of each class are more clearly defined by the explicitness of the modules it includes. Also, CellPhone and RotaryPhone are only coupled by the methods in BasicPhone, which makes sense since they both require the basic behaviors or call and hangup. Both of our issues above are solved!

Although the Interface Segregation Principle is less important in dynamic languages like Ruby, it still leads to cohesive, readable classes. By keeping modules focused, we end up with looser coupling and cleaner “interface” definitions. They aren’t major wins, but wins nonetheless!