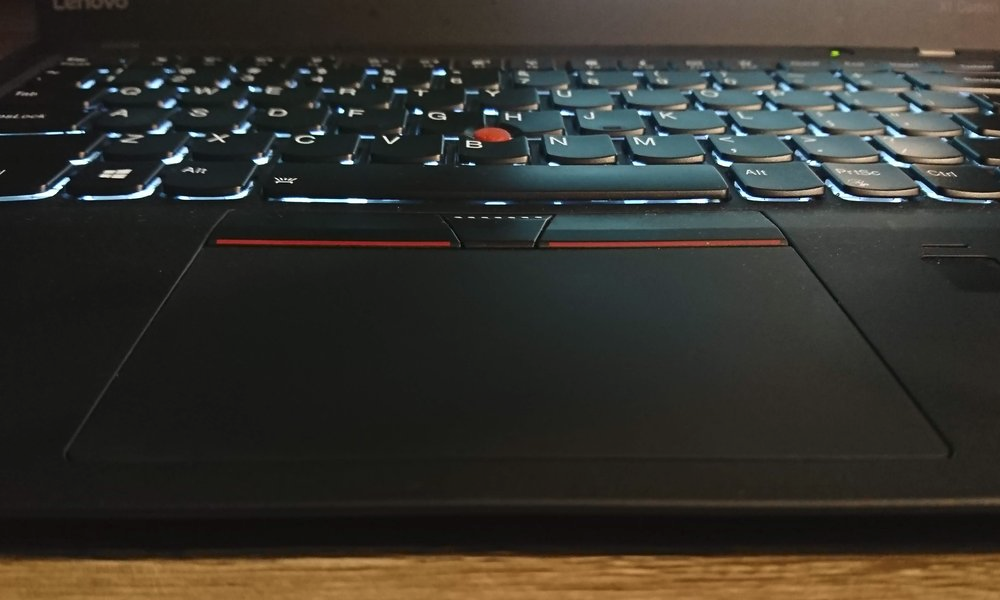 This is a follow-up to my existing blog post on setting a function-key to toggle the touchpad in Ubuntu 18.04 on the ThinkPad X1 Carbon (5th-Gen).

The instructions worked for awhile, but differences between Wayland and Xorg eventually led to it breaking in kernel version 4.15.0-47-generic. I suspect it has something to do with Xorg’s limit on keycodes above 255.

Here are updated instructions for getting a function-key to toggle the touchpad in Ubuntu 18.04 for Xorg!

Find the event device for function-keys

First, we need to find out the device that handles the function-keys on the ThinkPad keyboard. On my system, it’s called "ThinkPad Extra Buttons".

To get more information about the device, run cat /proc/bus/input/devices. A block for "ThinkPad Extra Buttons" should appear among the list of devices:

Take note of event6. It’ll be used in the next section.

Find the scancode for a function-key

In order to remap our function-key, we’ll need its scancode. This is a signal the keyboard sends to the computer indicating it has been pressed.

To get the scancode, we use a utility named evtest on our event device from the previous step, event6. Run sudo evtest /dev/input/event6:

While evtest is running, press the function-key. In my case, I wanted to remap the “keyboard” function-key (Fn+F11):

Take note of the value 49. This is the scancode!

Note: It might be worth some time to read up about hwdb.

Armed with the scancode, we create a custom hwdb configuration to map it to our desired keycode. Create a new file in /lib/udev/hwdb.d/ (I named it 90-custom-keyboard.hwdb, but it can be anything):

The first line is a match-string for our device, "Thinkpad Extra Buttons". The left-hand side of second line is the scancode for our key appended to "KEYBOARD_KEY_". The event, f21, is the “toggle touchpad” keycode.

Note: I found my device match-string and “toggle touchpad” keycode in /lib/udev/hwdb.d/60-keyboard.hwdb.

Finally, restart the system and log back in. If things are set up properly, the function-key should toggle the touchpad!

The following links were extremely helpful in getting this working: