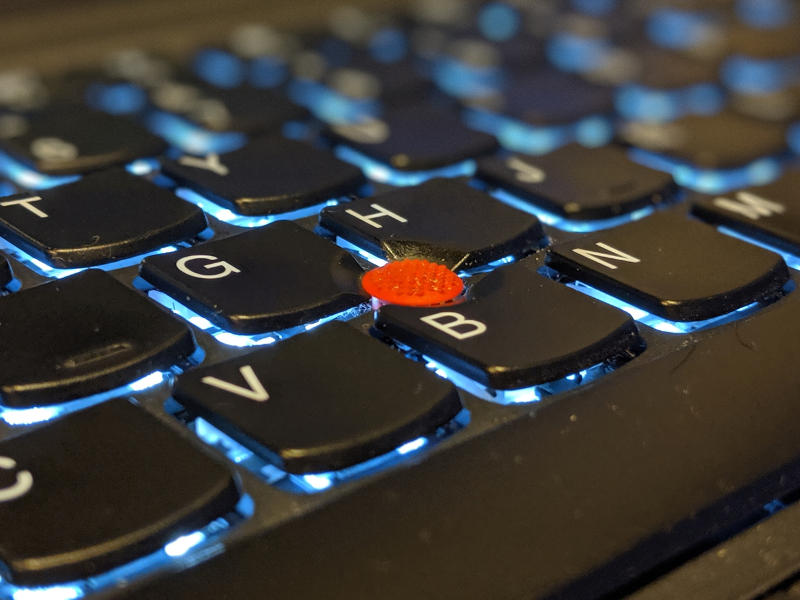 I recently ran a system update for Ubuntu on my ThinkPad X1 Carbon (5th-Gen). Afterwards, I noticed the speed of the TrackPoint was really slow. The pointer would barely move! A quick search on the web led to many potential fixes, but none of them worked on my particular setup (Ubuntu 18.04 with Unity).

After trying several solutions, I finally found a working one using xinput commands in ~/.bashrc.

First, get the name of the device for the TrackPoint using xinput:

In my case, the name of the TrackPoint device is "TPPS/2 Elan TrackPoint".

Using the name of the device, add the following lines to ~/.bashrc:

The second line is what sets the speed. It can be set to any value between 0.0 and 1.0. The higher the number, the faster the TrackPoint speed.

In tmux, I noticed every time a new pane was opened, the TrackPoint speed would slow back down. This is because tmux spins up a different login shell, using .bash_profile to load the settings. So, the commands in .bashrc are never picked up.

To fix this, just create ~/.bash_profile and add:

Now, with every new tmux pane, the TrackPoint speed is preserved!