Back in April, I purchased a Macbook to take around with me during my month-long trip across Europe. Its portability was the main draw, making it really easy to carry around in my 40-liter REI backpack.

However, after my trip, I found the Macbook less useful for things I enjoy doing at home: streaming video, writing code, running VMs, playing Minecraft, etc. As it turns out, I need a bit more juice in my daily driver than the Macbook can offer.

After shopping around for about a month I decided pull the trigger on a Thinkpad 13. 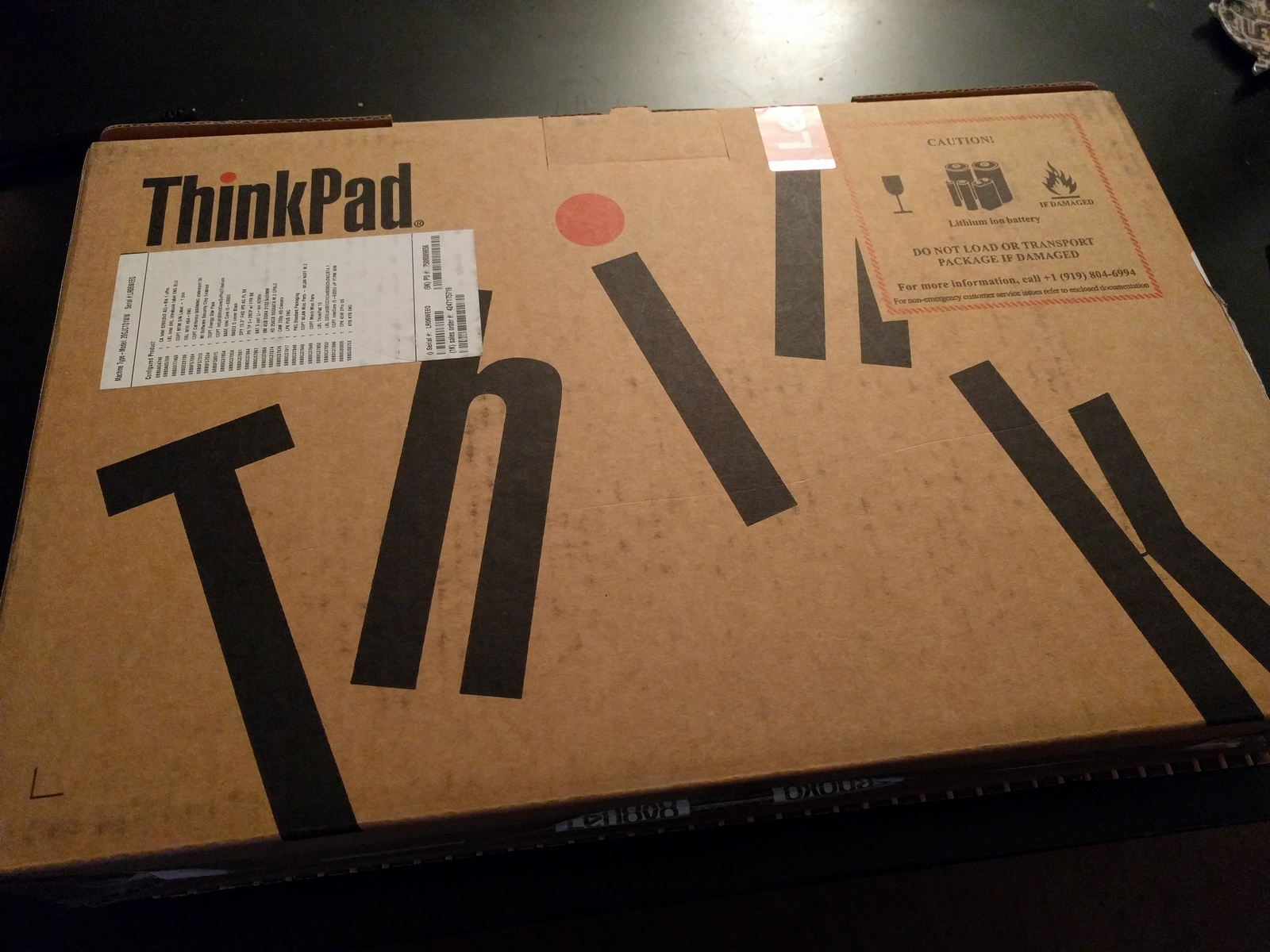 I’m a long time Thinkpad advocate. I love keyboard. I love the the Trackpoint. I love the excellent Linux support. Prior to the Thinkpad 13, my daily drivers were a T61 from 2007 to 2011 and an X220 from 2011 to now. While the Macbook was great for doing basic stuff on the road, it’s refreshing to be back on the Thinkpad bandwagon!

Disclaimer: This particular write-up isn’t a comprehensive review of the Thinkpad 13. I just thought I’d share some of my initial thoughts and answer any potential questions folks might have.

There are plenty of great, detailed reviews out there for the Thinkpad 13. These were particularly helpful in making my decision to purchase one:

I highly recommend giving all of these a read!

As I briefly mentioned above, here is what I need my daily driver to be capable of:

Based on my requirements, here is the configuration for my Thinkpad 13: 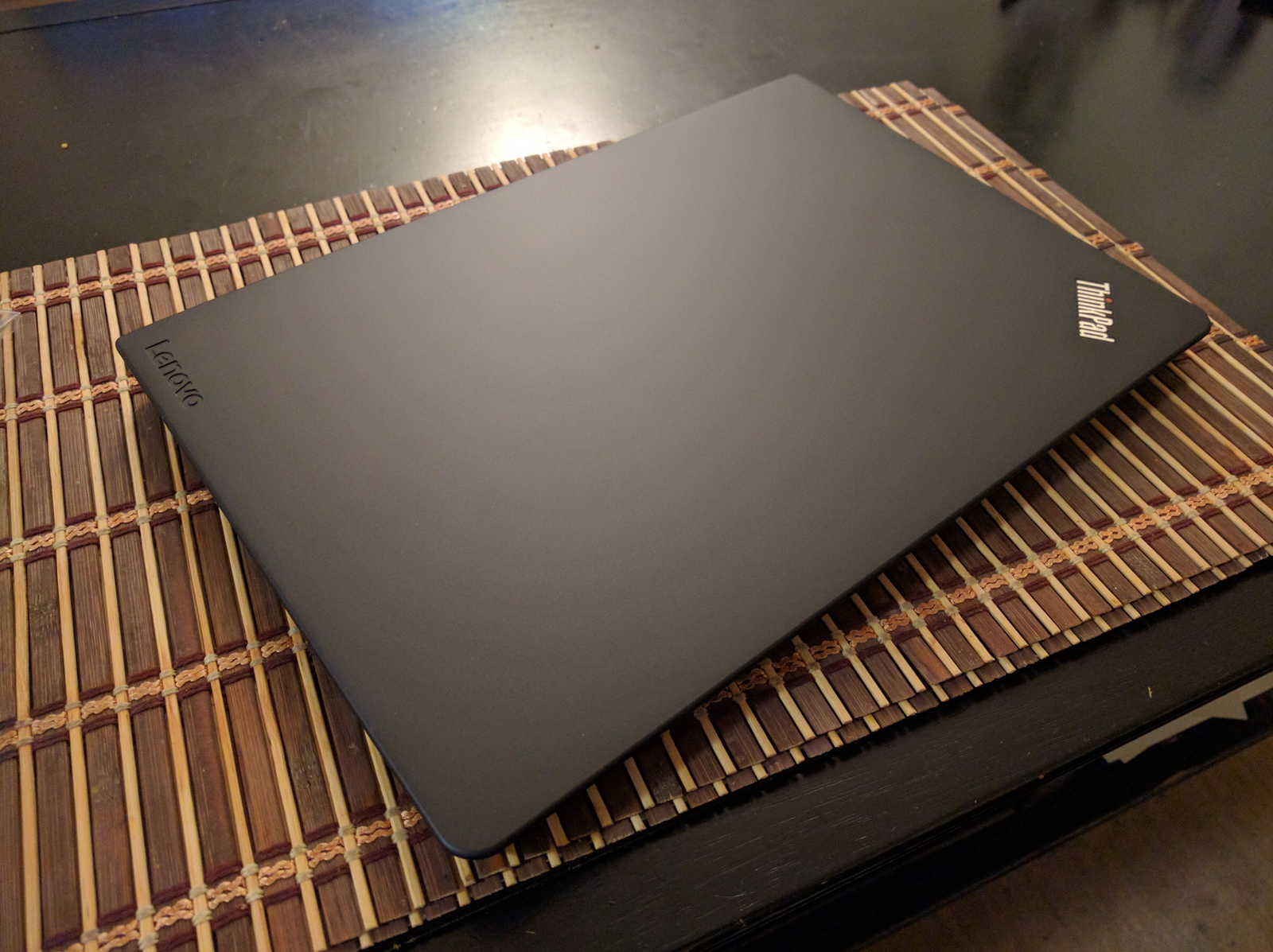 Like any stereotypical web developer in Seattle, I enjoy getting out and writing code or browsing Reddit at local coffee shops. I’m not a road warrior by any means, but I don’t want my laptop to be too heavy or bulky to lug around.

The Macbook is perfect in this regard, in that it is extremely thin and light. My X220, with its extended 9-cell battery pack, is bulky and relatively heavy. The Thinkpad 13 is a nice middle-ground between the two. 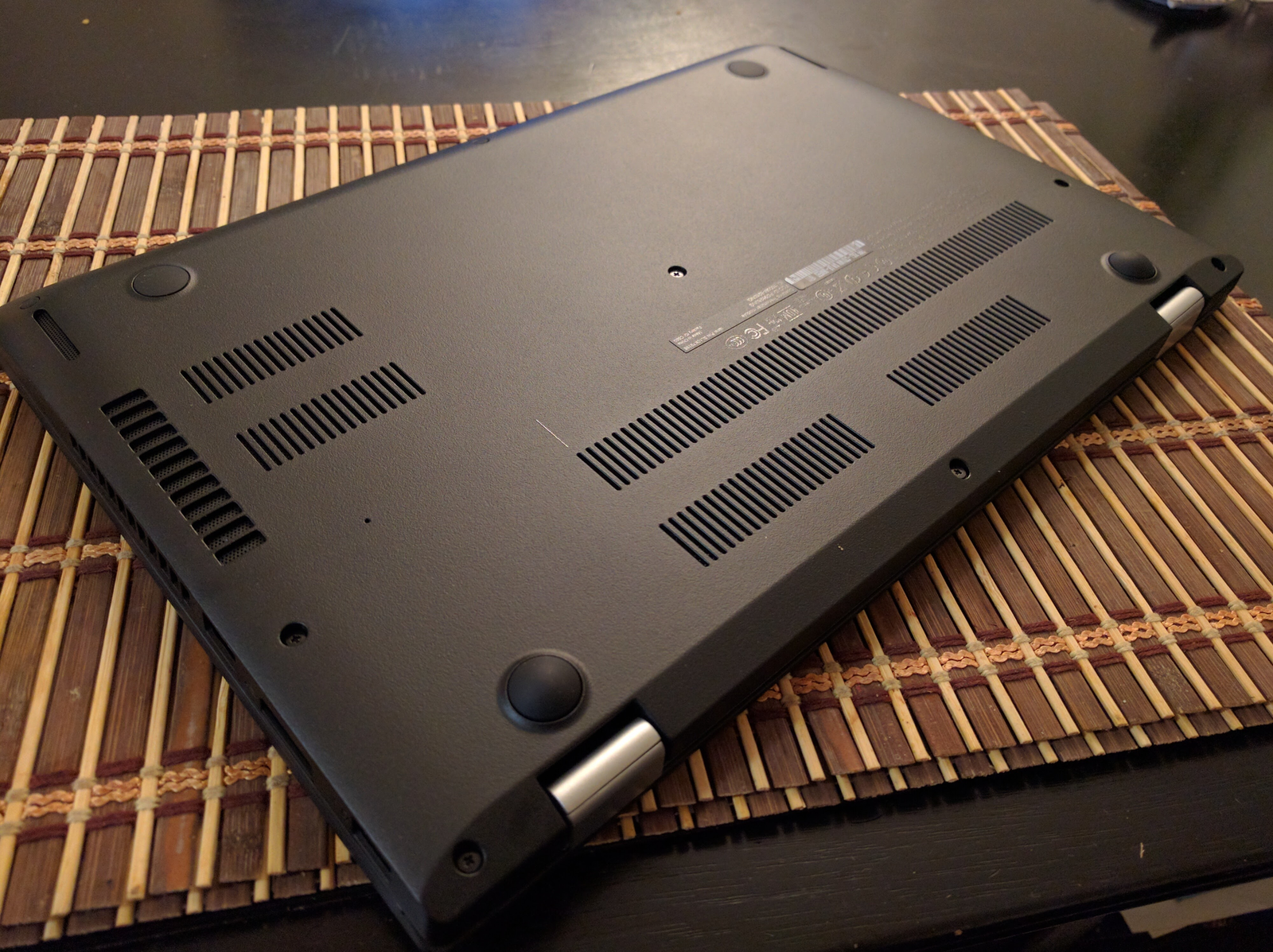 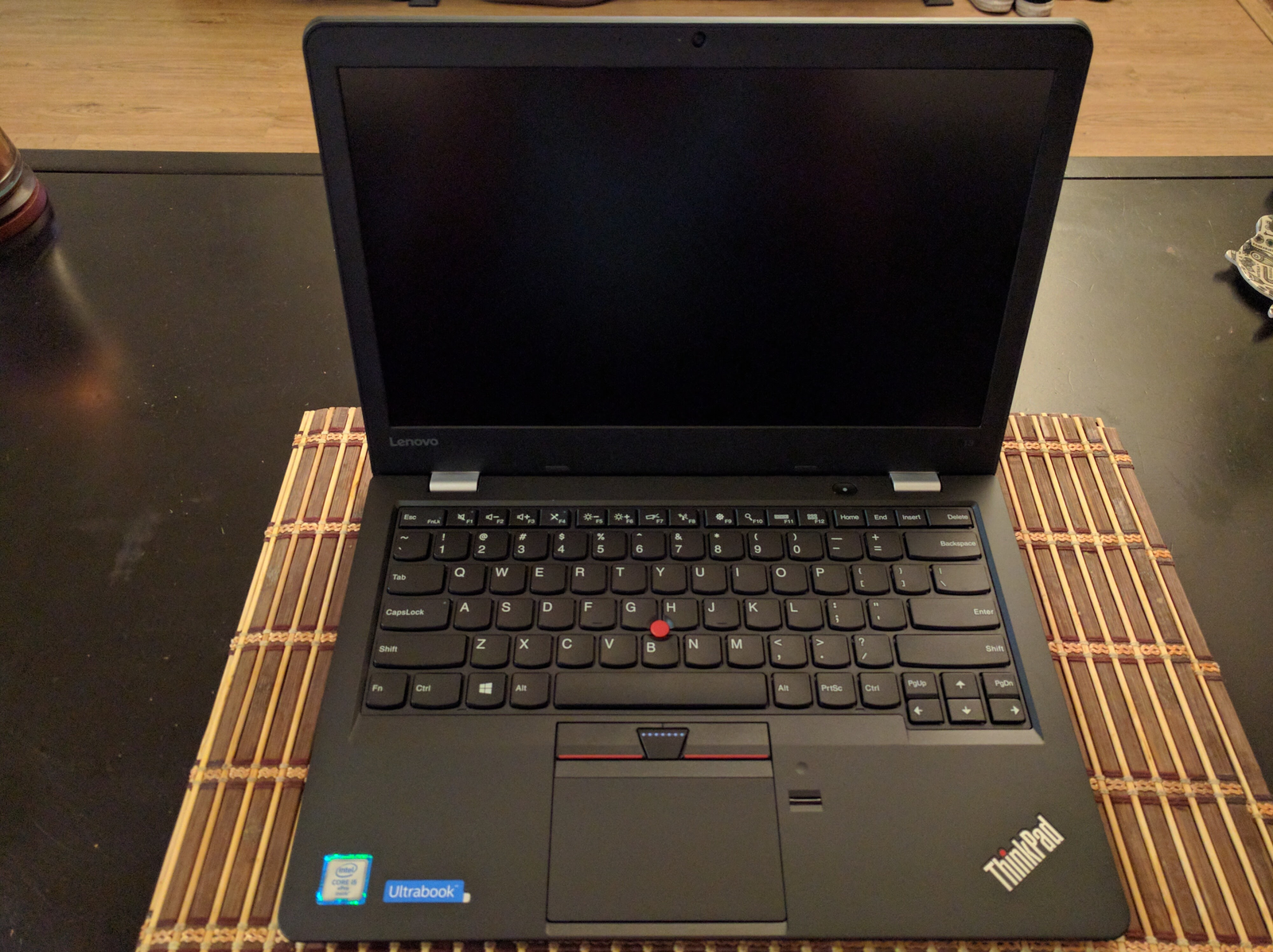 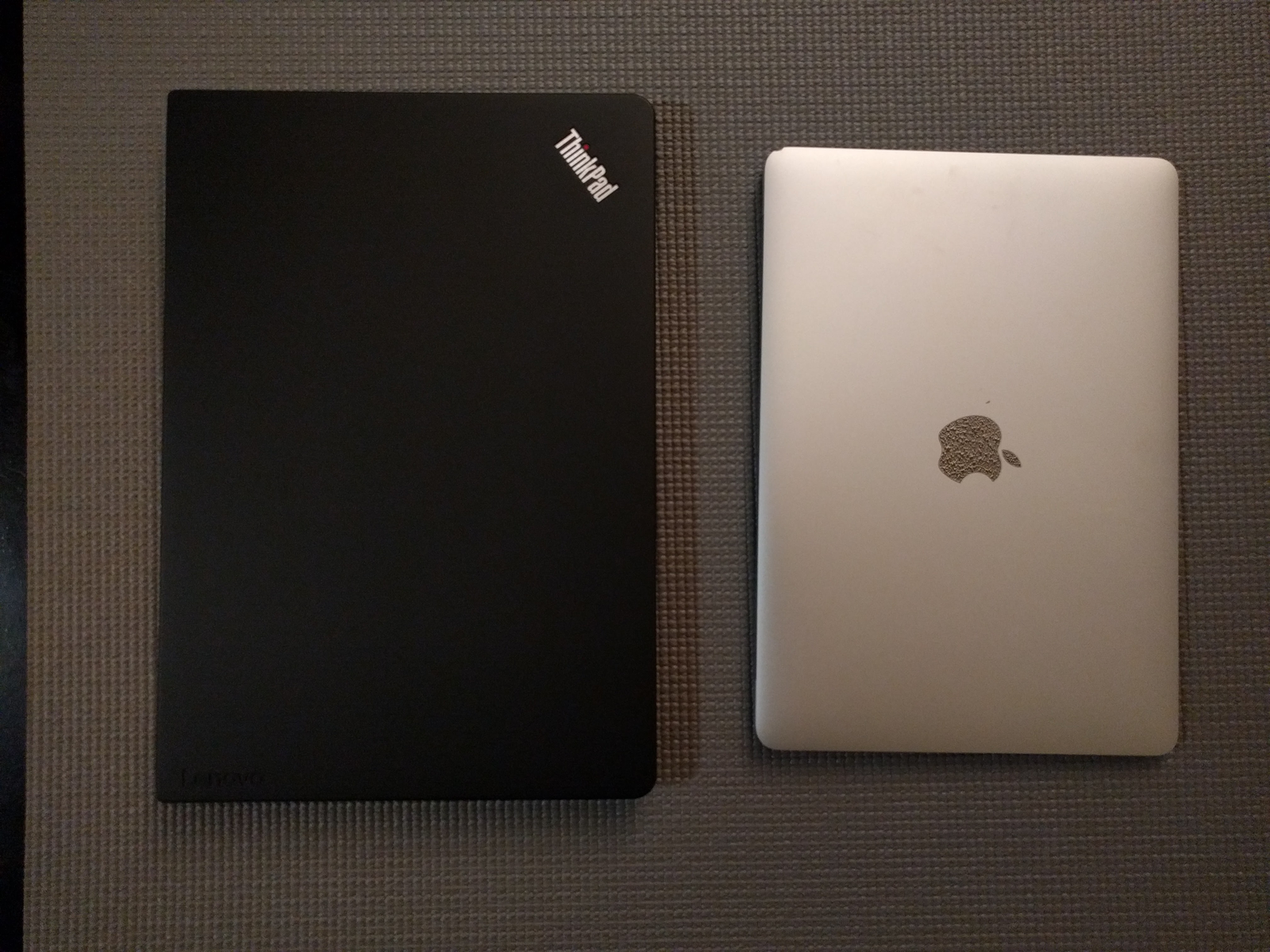 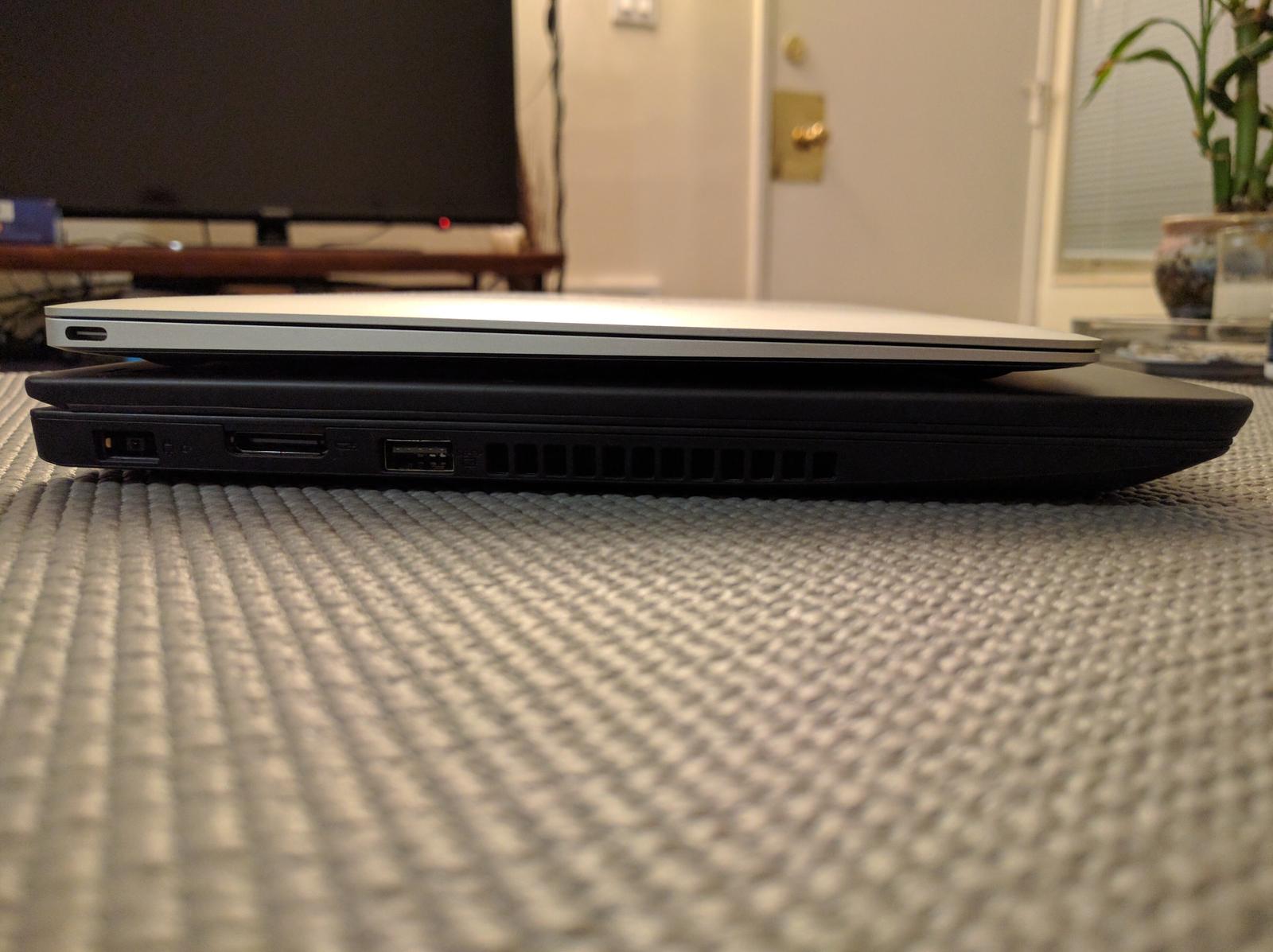 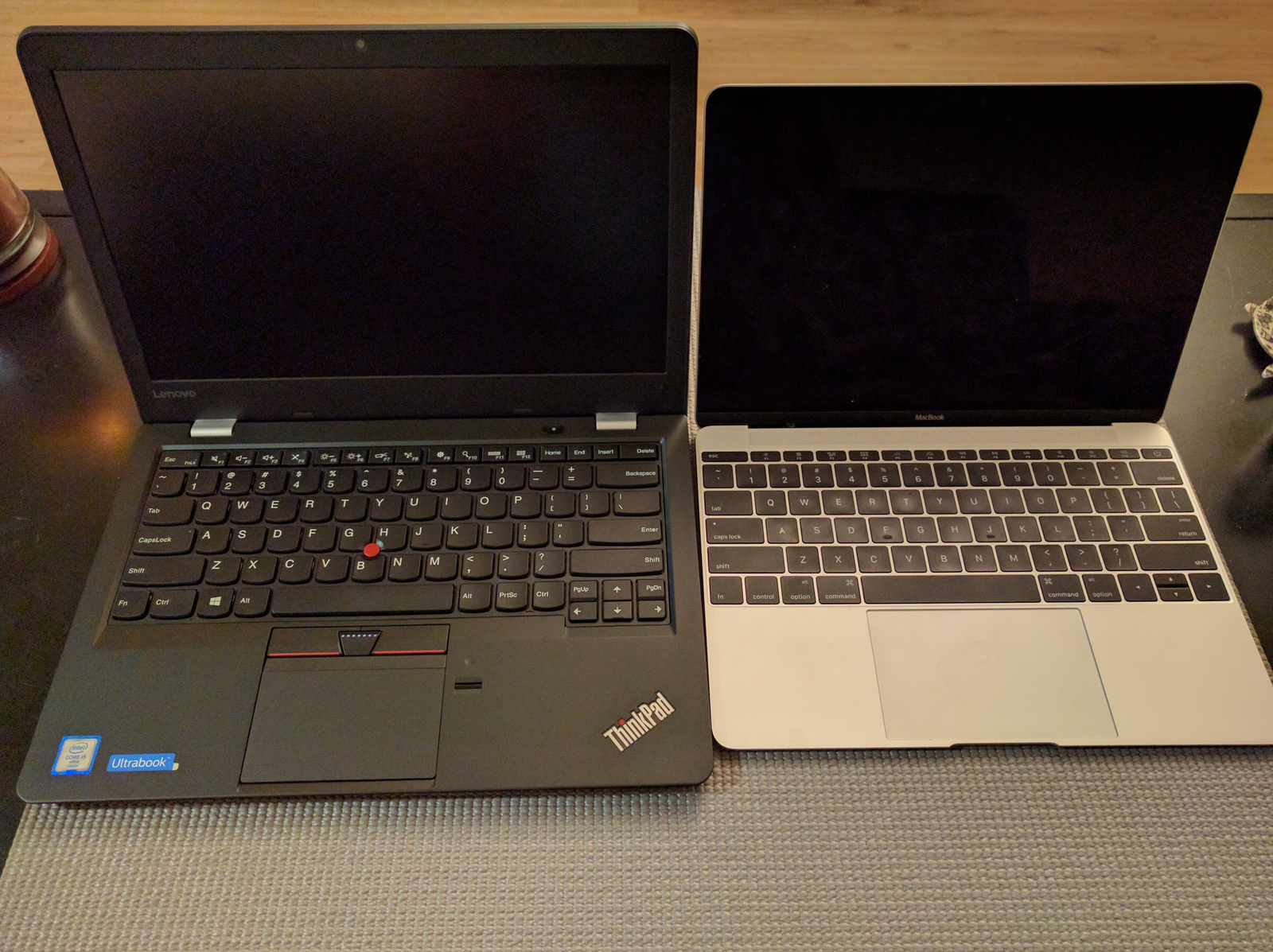 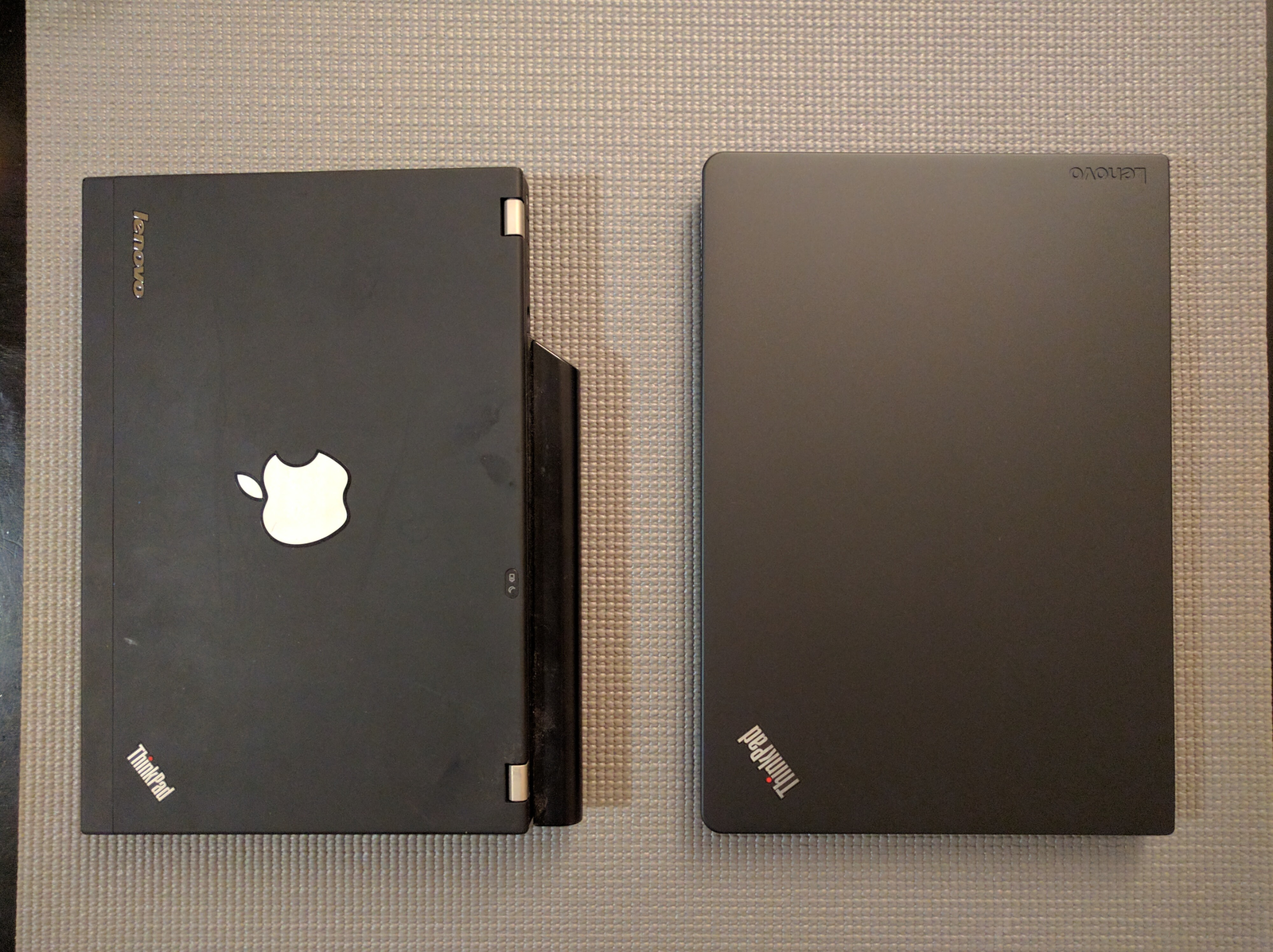 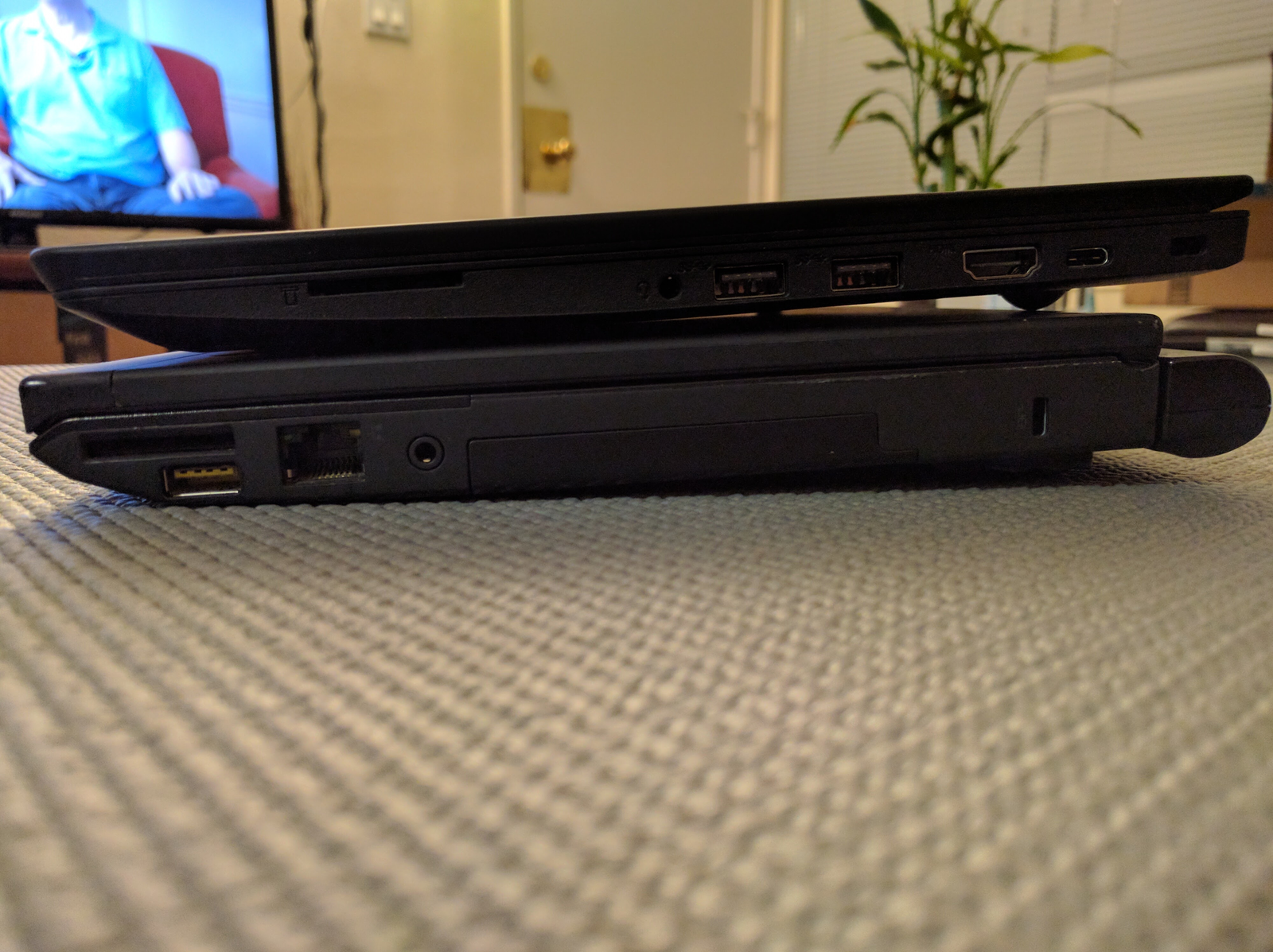 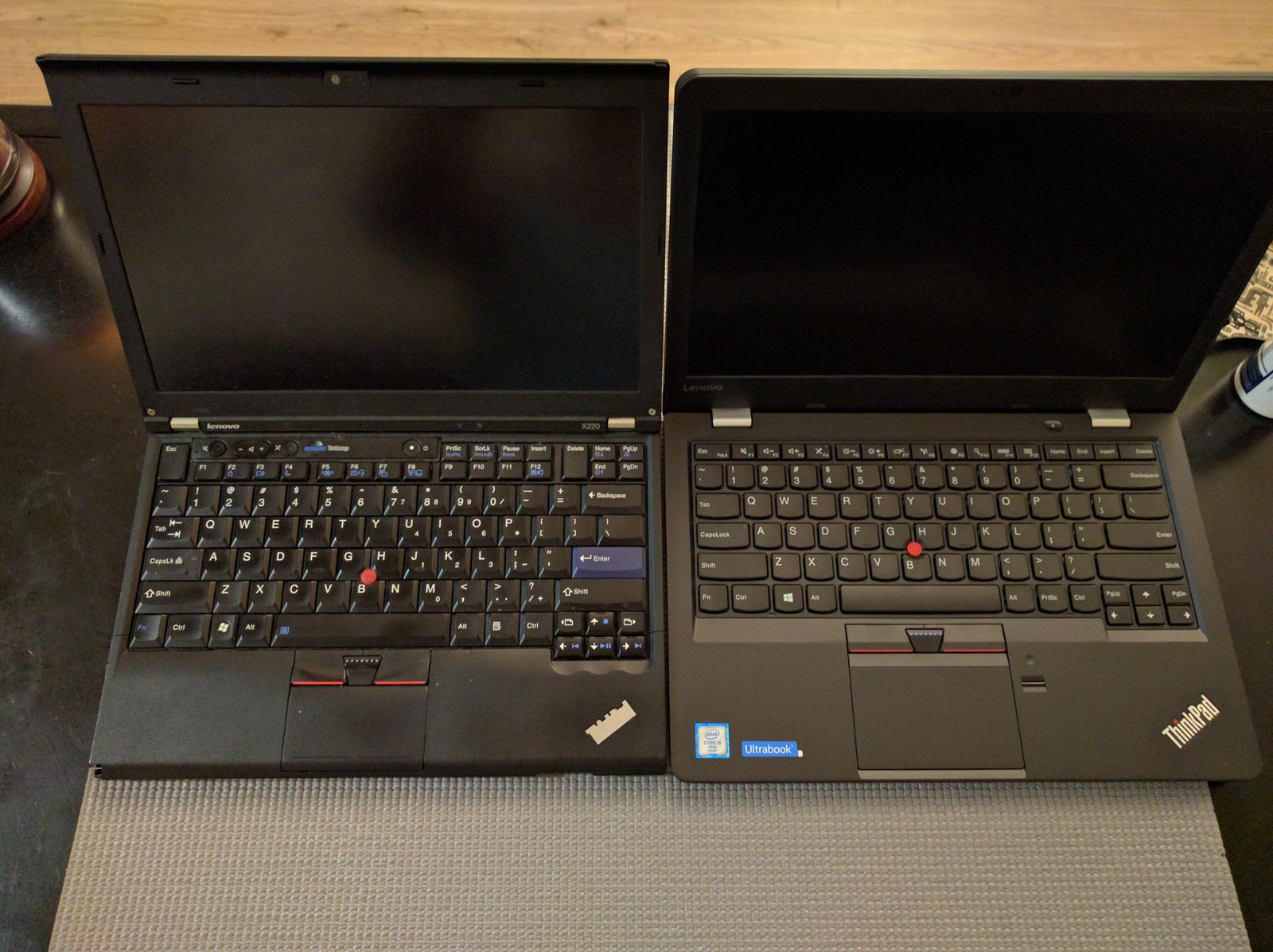 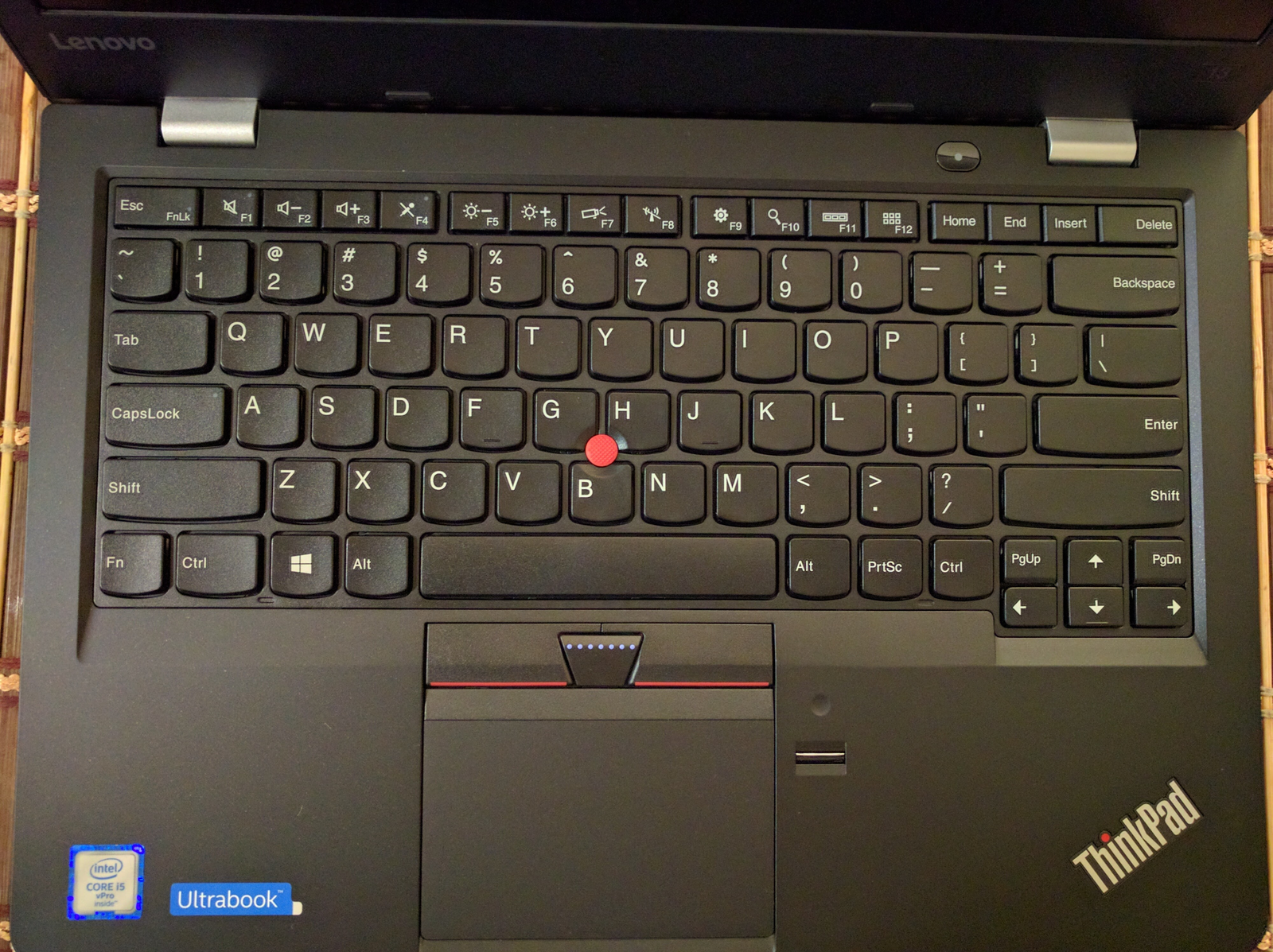 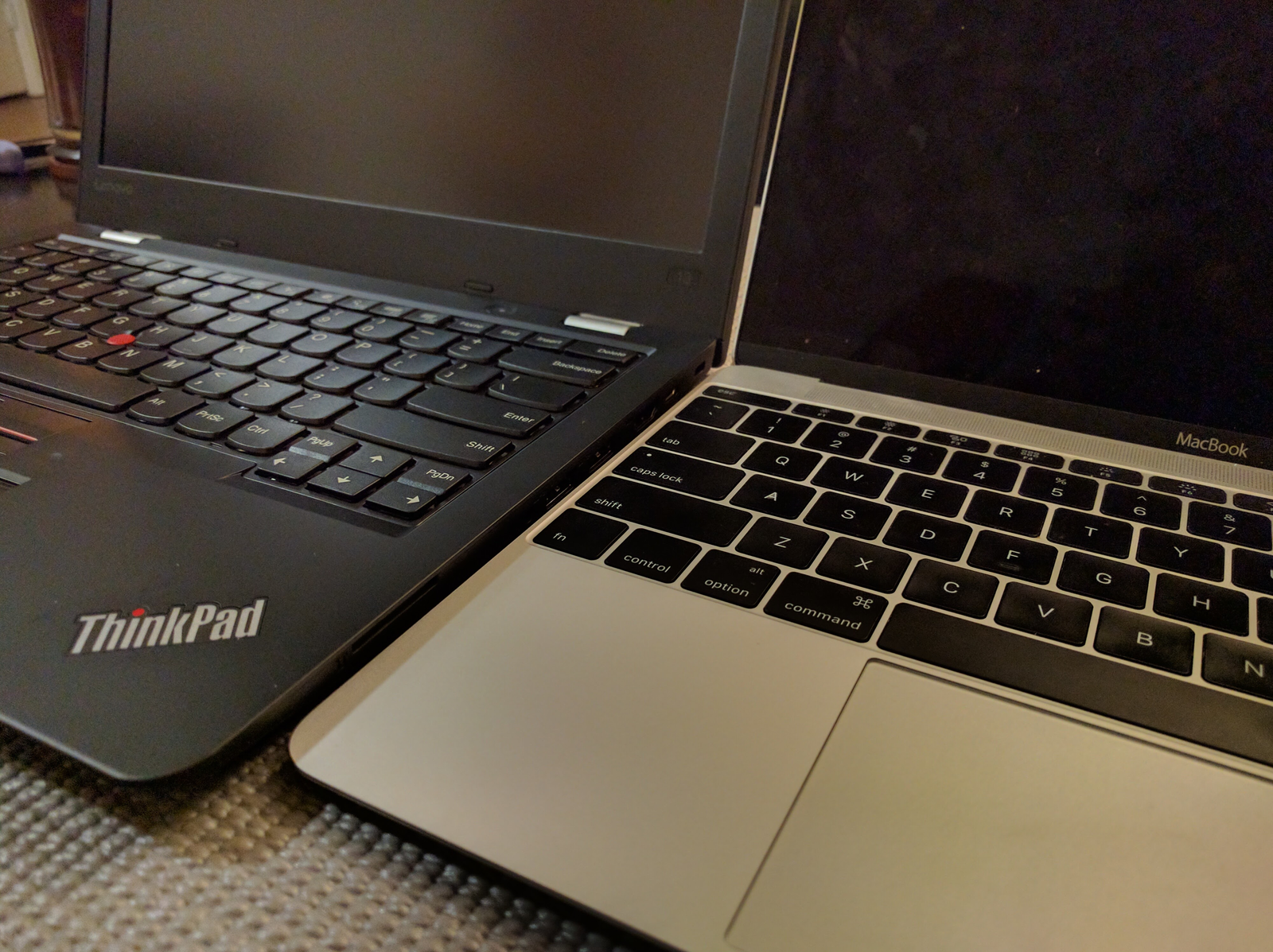 The Thinkpad 13 keyboard is a breath of fresh air compared to the Macbook, but isn’t quite as comfortable as the X220 keyboard. I wasn’t too fond of Lenovo going the route of the chiclet keys, but I actually don’t mind it as much as I thought I would. In fact, I barely notice the difference in travel between the Thinkpad 13 and X220. 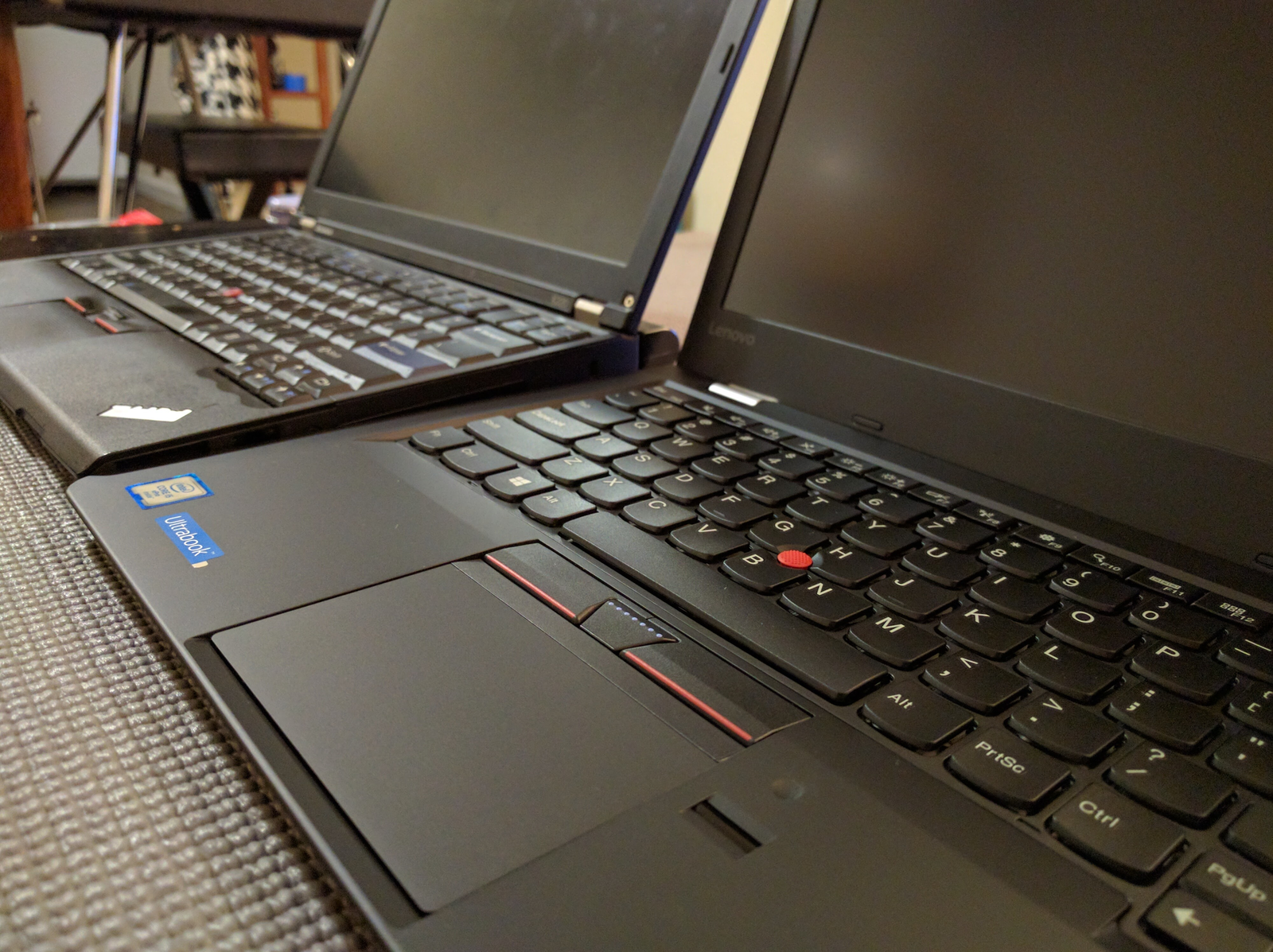 There’s a decent amount of resistance on the Thinkpad 13 keys, providing a good amount of feedback. However, I do occasionally find myself accidentally pushing keys while resting my hands on home row. It could just be my fat and lazy hands, but I don’t have a problem resting on the X220 or Macbook keys.

One thing I knew I’d be missing from my Macbook was the backlit keyboard. The X220 has a little LED light at the top of the display panel aimed at the keyboard. The Thinkpad 13 has no function, backlight or LED, for illuminating the keyboard. I rarely use my Thinkpad 13 in dim or dark settings, but when I do, it’s a minor inconvenience to hunt for keys in the dark.

It’s undeniable, the Macbook (and almost any Apple laptop) has the best trackpad in the industry. Nothing comes even remotely close! The trackpad on the X220 is terrible. It has a rough, bumpy finish on it, which does nothing but make it unpleasant to touch.

The Thinkpad 13 trackpad functions about as well as any other laptop in its class. Compared to the X220, it is much larger and has a nice, smooth finish. It doesn’t function or feel as good as the premium glass trackpad of the Macbook, but it’s a huge improvement from the X220. 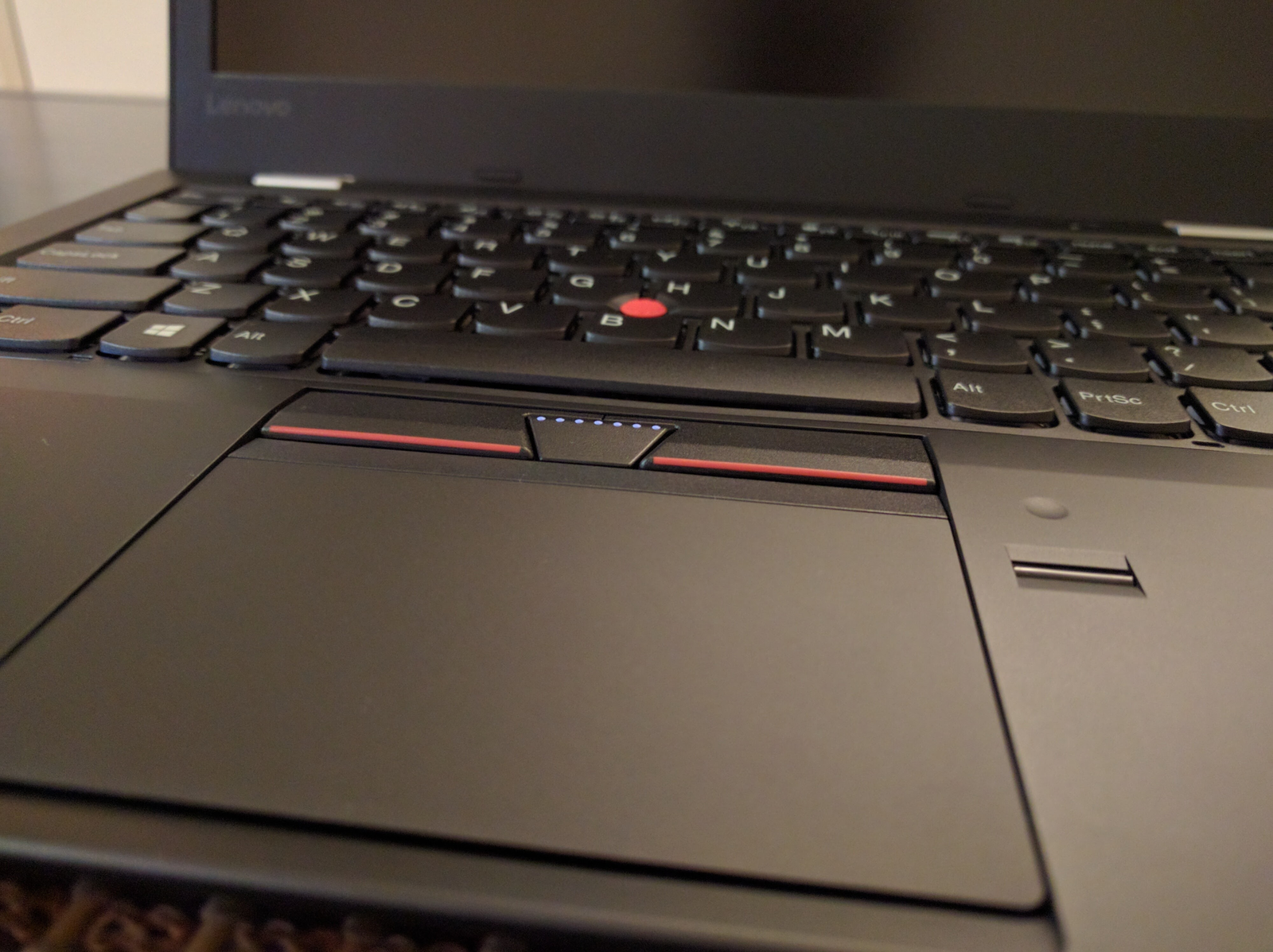 While trackpads are nice, most Thinkpad owners find pleasure in using the classic trackpoint or “nub” in the middle of the keyboard. Unsurprisingly, the trackpoint on the Thinkpad 13 delivers a precise point-and-click experience. The buttons are much more clicky than the buttons on the X220, but that may be due to wear-and-tear. Only time will tell whether the Thinkpad 13’s trackpoint buttons will continue to provide the feedback they currently do. 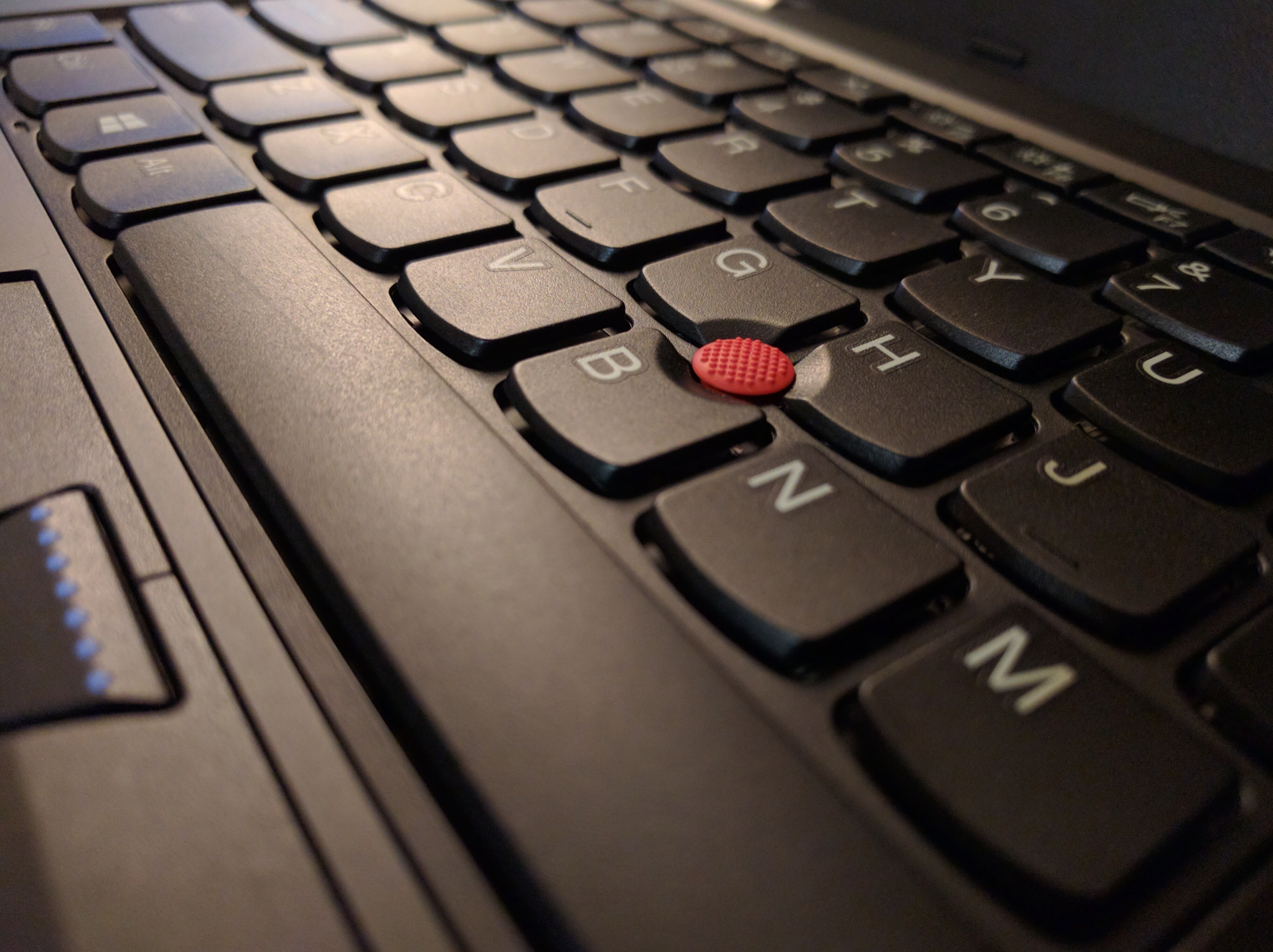 The IPS LED “Retina” display on the Macbook is pretty much the cream of the crop when it comes to laptop display technology. While its pixel-dense sharpness is really nice to have, I always try to fit as many lines of text on the screen as possible. Yes, I know this ends up with some really small text, but I value screen real-estate a bit more than other people might. 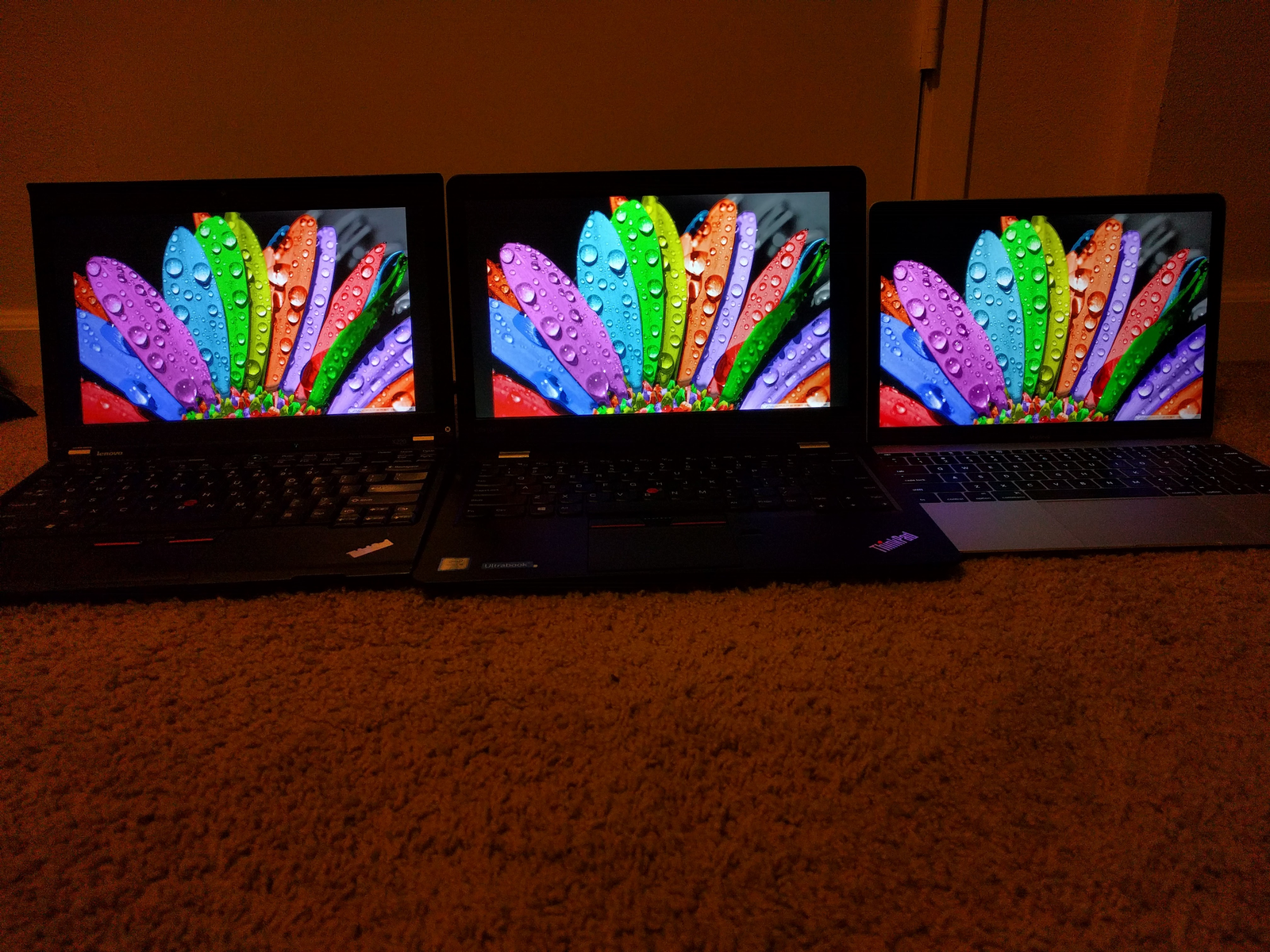 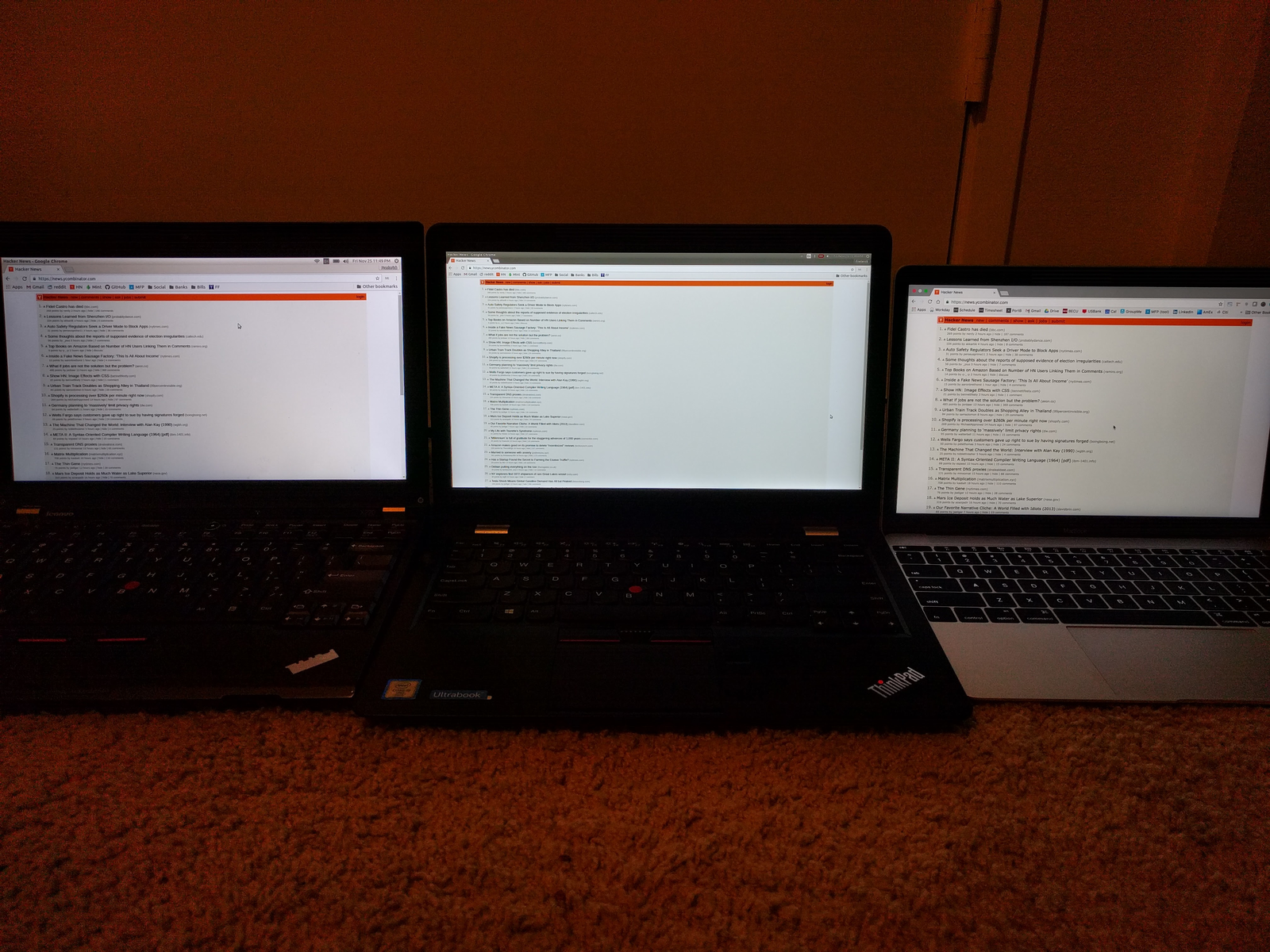 It’s worth noting that I do see some lightbleed at the bottom of the screen right along the bottom bezel, just above the hinges. It’s hardly noticeable with stuff on the screen, but when the screen is black, I can definitely see it.

As I mentioned above, one of the real issues I have with my Macbook and X220 is having enough power to multitask. At any given moment, I have the following applications up and running:

Rarely is CPU ever really an issue in this particular situation, but the Intel Core M CPU in the Macbook is obviously a bottleneck. Even with 8 GB of RAM, OS X comes to a slow crawl with all these applications running. In fairness, I don’t think the Macbook was never really designed to handle this much work.

The Thinkpad 13 can be configured on the Lenovo website up to 16 GB of memory, but the Intel Core i5-6300U supports a maximum of 32 GB! I figured, why not just max out the memory? I ended up purchasing and installing the Crucial Ballistix Sport LT 32GB Kit. I found Crucial’s Upgrade Compatibility page useful for finding this particular kit.

So, as I type this blog post in Vim, I’m listening to Spotify, browsing several Chrome tabs, and running a Vagrant VM serving Jekyll. All without a single hiccup or stutter! 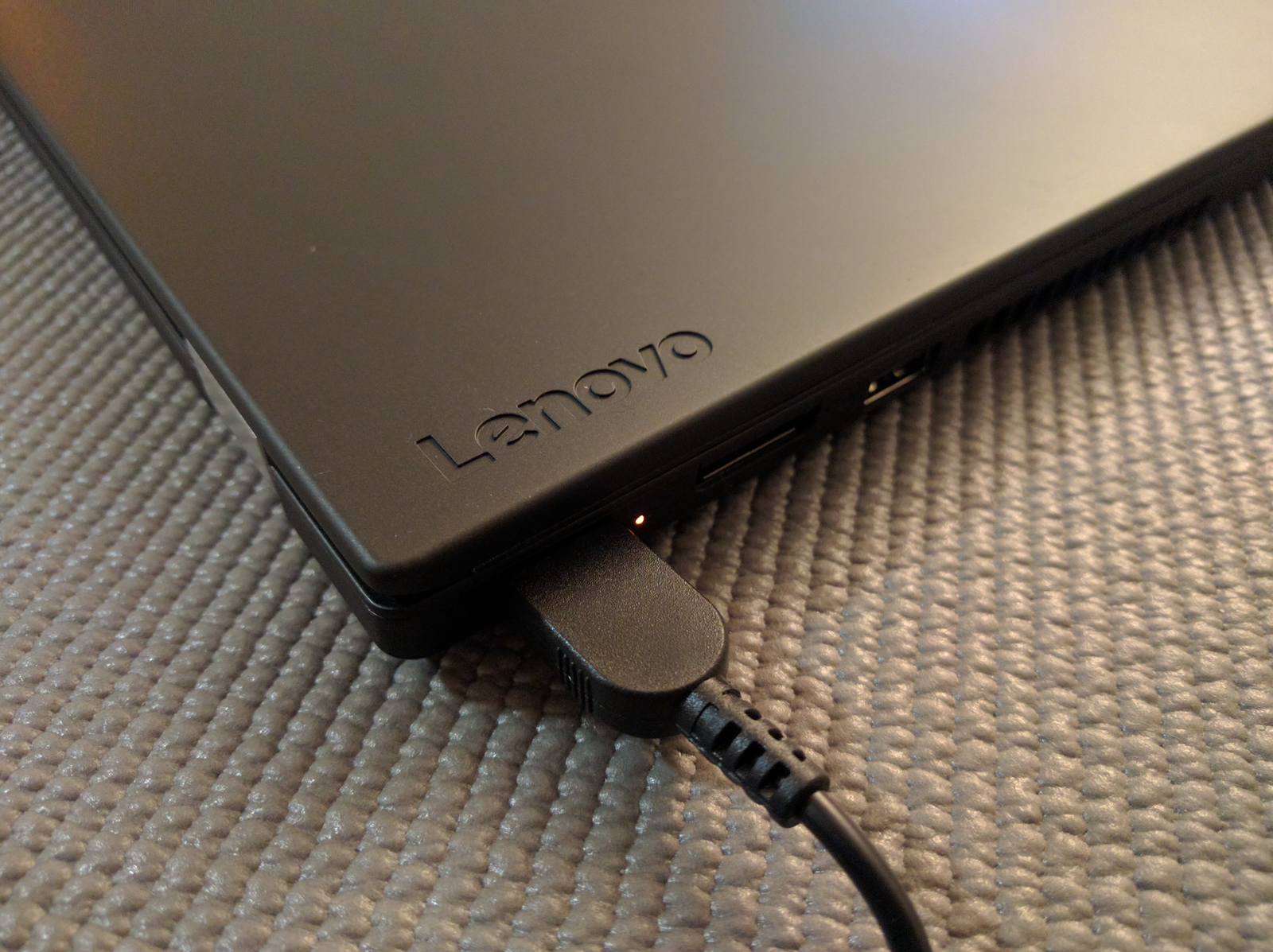 Battery life isn’t as important to me as some road warriors out there, but the ability to be away from the plug is a nice convenience. Based on the usage I’ve described above, my Thinkpad 13 gives me an average of 5 hours of usage per charge. Keep in mind, I run Ubuntu 16.04 as my main operating system. If history is any indication, I’m sure Windows is a bit more power-efficient.

The Thinkpad 13 is probably one of the best, bang-for-buck laptops currently available on the market. It isn’t the quad-core software development powerhouse that is the Apple Macbook Pro or Dell XPS 15, but it gets the job done for most programmers out there. Quite honestly, it’d be hard to find a laptop that isn’t suitable for programming these days.

For someone looking for a no-frills, inexpensive daily driver, the Thinkpad 13 an excellent choice!