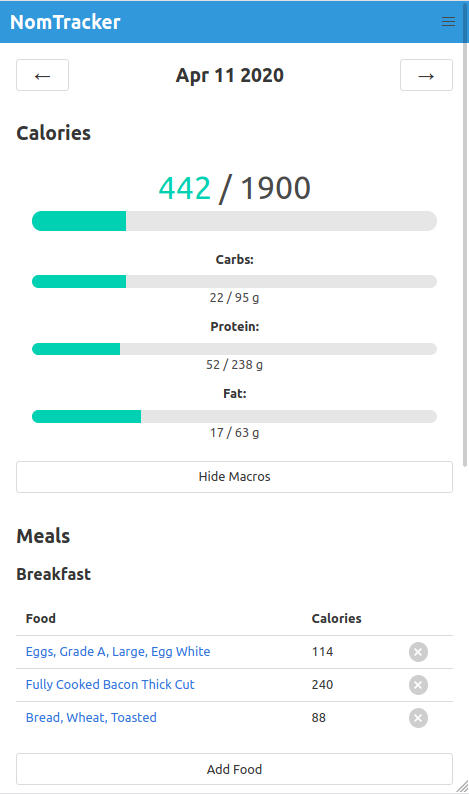 It’s been awhile since I started and actually deployed a side project! Meet, NomTracker, a stripped-down clone of MyFitnessPal. For the past two weeks, this has occupied some of my free time (of which I have more of nowadays). It was fun to learn and relearn all of the steps required to go from nothing to website, a much-needed refresher!

Why a side project?

Unfortunately, my company had to let me go (thanks a lot, COVID). It was a huge blow to my confidence as a web developer and the imposter syndrome completely took over. While I enjoy practicing my LeetCode tech interview puzzles (ugh), I wanted to prove to myself I still had the ability to plan, implement, and deploy something on the web.

Why a calorie tracker?

As a believer in IIFYM, the only nutrients I ever need to track are calories, carbs, protein, and fat. I rarely care about micronutrients. While MyFitnessPal allows me to track calories and macros, the website feels like a heavy, clunky tool for doing so (the mobile app is much better). I wanted a stripped-down version of MyFitnessPal, so I made one.

All of my local development was done in Docker and Docker Compose. I basically started everything off using this setup, with Rails and PostgreSQL in separate containers. My initial plan was to build the REST API and the React frontend in separate containers, but I scrapped the idea for a monolith to keep things dead simple. 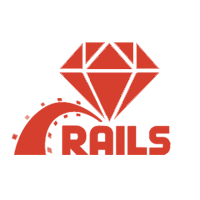 It’s the framework I’m most productive in and the language I’m most familiar with. There’s no place like home! After working in Django for a little under two years, going back to Rails was a breath of fresh air. All of the pages and the REST API are built in the monolith. Devise drives user authentication, Fast JSON API is used for API serialization, and ActiveAdmin is used for… admin.

At my last job, I was finally able to work on some React! While my skills are hella basic, it felt good to build dynamic and interactive components from scratch. It also felt good to struggle with prop drilling, deep callback currying, and confusing props vs state. I very likely should introduce Redux, but my God-tier, top-level, state-holding component will do for now.

Initially, I wanted to do all of the CSS myself, using Sass for the Rails pages and styled-components for the React components. Turns out, I don’t like spending time flexbox-ing and @media-ing myself to death. In the end, I Googled “minimalist CSS frameworks, not Bootstrap”, found this awesome list, and chose Bulma because I like Dragon Ball Z. 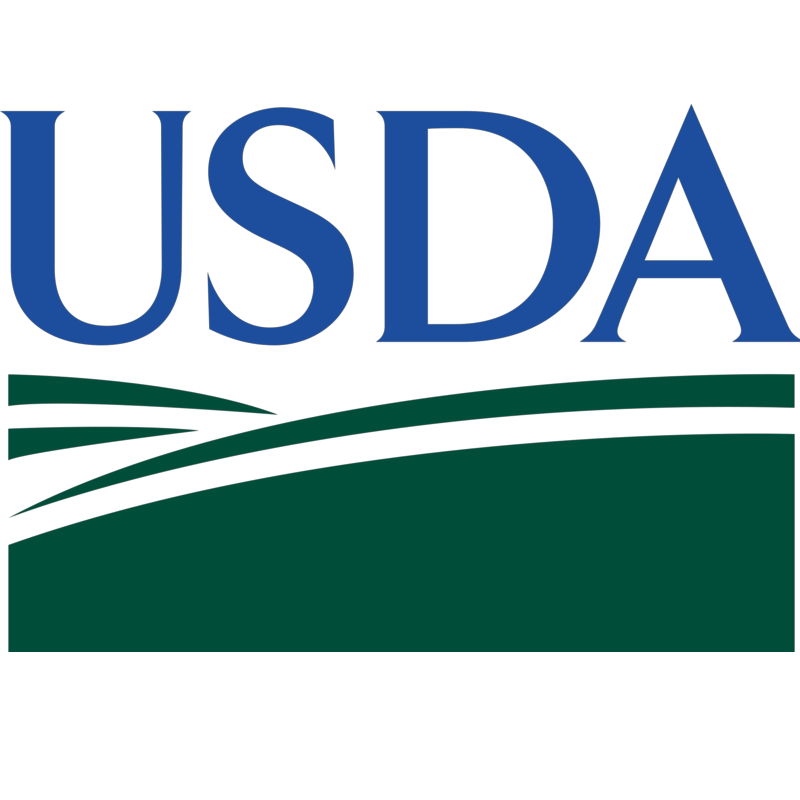 Turns out, food and nutrition data is expensive. However, the USDA has 500MB worth of CSVs with 70-million rows of foods along with their nutrition facts! To leverage this data, I spent time writing scripts to extract, transform, and load this data into NomTracker’s data model. It was a fun challenge, leveraging Ruby threads! The food database in NomTracker isn’t quite where MyFitnessPal’s is, but it’s a start. 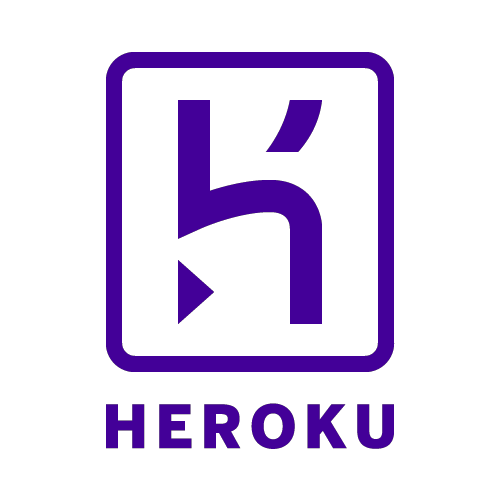 For small side projects like this, Heroku is my go-to deployment platform! The tutorials in their Dev Center make the deployment process super easy. It’s also really easy to add and configure tools like PostgreSQL and SendGrid, which interact with Rails. While it’d be “cool” to orchestrate containers for each of these services in Amazon ECS, I opted to be “boring” here.

While it’s not the sexiest project out there, NomTracker is a small confidence boost for a web developer like me. It definitely helps me feel like less of an imposter.